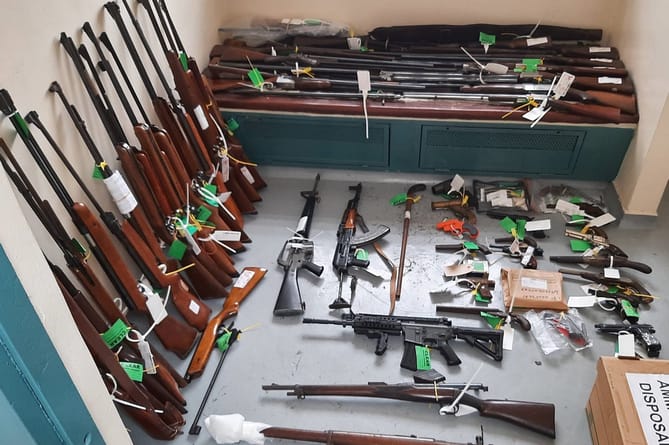 Ninety unlicensed firearms no longer have the potential to fall into the hands of criminals as they have been taken off the streets of Hampshire and the Isle of Wight.

County police supported a national firearms surrender campaign to remove unlicensed weapons from communities and prevent them being used for criminal purposes, with 90 ‘potentially viable’ firearms and 50 submissions of ammunition surrendered.

In total 215 items or weapons including shotguns, BB guns, air weapons, imitation firearms and ammunition were handed into police stations between Thursday, May 12 and Sunday, May 29.

Detective Chief Inspector Dave Storey, for Hampshire Constabulary, said: “We would like to thank the public for their cooperation and contributions. Thankfully, firearm offences remain at historically low levels in Hampshire and the Isle of Wight.

“But by removing more than 200 weapons, as well as ammunition, this initiative will help keep our communities safe and prevent firearms from falling into the wrong hands.”