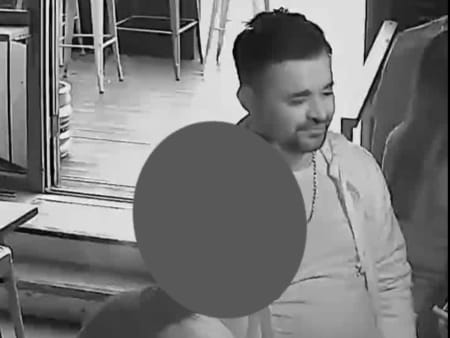 Do you recognise this man? Police would like to speak to him in connection with an assault outside a pub in Westbrook Walk, Alton on Saturday, April 16, between 7.50pm and 8pm (Hampshire Constabulary )

Police have released the image of a man wanted after an assault outside a pub in Westbrook Walk, Alton.

It comes after another man in his 40s was punched in the head and knocked out, between 7.50pm and 8pm on Saturday, April 16.

He was rendered unconscious for “a few minutes” and suffered cuts on his head and facial bruising, say police.

A spokesman for Hampshire Constabulary said: “Since the incident was reported to us officers have been following up enquiries and we now turn to you for help.”

The man is described as being aged 25 to 35, around 5ft 8ins to 5ft 10ins tall, of a white stocky build with short hair, clipped around the back and sides and spiky on top.

The spokesman continued: “If you know who this man in this image is or have any information about this incident, please call us on 101 or report online, quoting 44220149719.