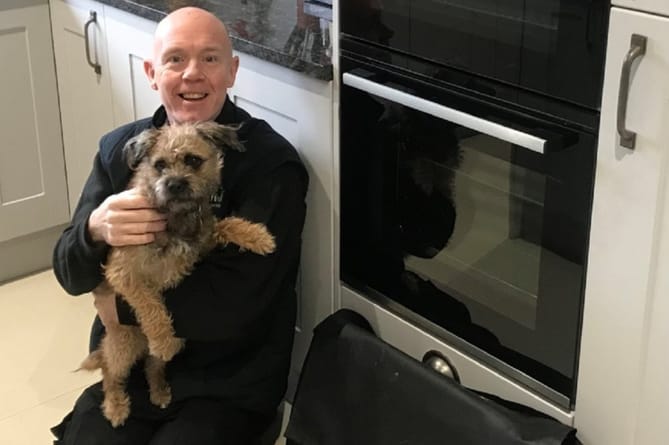 Rob Cunningham is looking to recruit to meet demand

With more than 500 clients on his books and an ever-growing number of enquiries, he is preparing to recruit an additional oven valeter.

Rob said: “People told me I was mad to set up a business during a pandemic, especially one I had to build from scratch.

“But I’ve not looked back and have reached a point where I need to take someone else on.”

Most expensive, busiest and trendiest parts of East Hampshire to buy a house revealed

The 53-year-old launched the franchised business last January after Covid-19 prompted him to reassess his work-life balance.

Before then he worked as a development baker for high street names including Starbucks, Pret a Manger and Waitrose.

And the cat owner’s love of animals is also endearing him to many clients after he launched a ‘pet of the day’ feature on his Facebook page.

He said: “Some oven cleaning businesses take a before and after photo of their handiwork, but I like to include a family pet if possible, whether it be a dog or a goldfish.

“It’s a bit of fun and I’ve received lots of positive feedback.”

Despite working overtime during December to cope with increased demand in the run-up to Christmas, Rob has been able to spend more quality time with his family.

Ovenu founder Rik Hellewell said: “Congratulations to Rob on a successful first year and I’m certain, given our ongoing support and his passion for delivering excellent customer service, he will continue to thrive.”