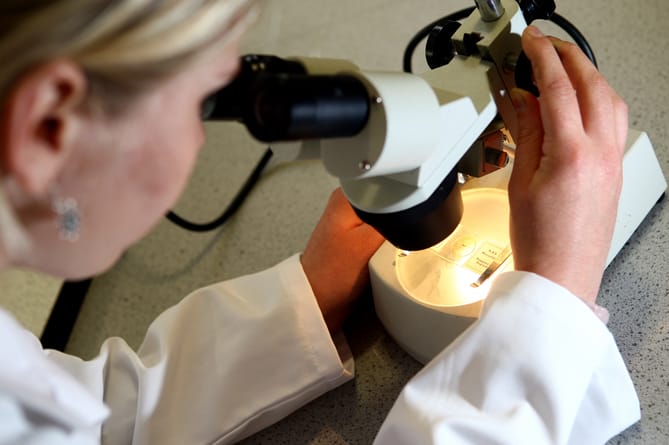 Cervical screenings are important tests that can help prevent the fourth most common cancer in women.

But figures show women across England are still regularly skipping the straightforward procedures, with fear, embarrassment, or a lack of understanding of what they involve among the reasons why, according to Jo's Cervical Cancer Trust.

Currently in full swing, the charity's annual Cervical Screening Awareness Week aims to highlight the importance of regular screenings and help those with concerns about getting the tests.

Screenings, also known as "smear tests", are offered to women and people with a cervix aged 25 to 49 every three years, while those aged 50 to 64 receive their invitations every five years. A small sample of cells is taken and checked for pre-cancerous abnormalities.

Just 75% of the 365,598 patients in Hampshireeligible for a smear test by the end of 2021 attended a screening and had a clear result, according to NHS Digital data.

Samantha Dixon, chief executive of Jo's Trust, said: “There is no one reason behind falling cervical screening attendance, instead a wide range of factors exist.

"These include NHS pressures, fear, embarrassment and not knowing what the test is for or thinking it is relevant.

"Cervical Screening Awareness Week is the ideal time to provide tips, reminders and signpost to support about the test, but work is needed all year round to tackle barriers and support more women and people with a cervix to attend this potentially life-saving test.”

Around 2,700 women are diagnosed with cervical cancer in England each year and approximately 690 women die from the disease, according to NHS statistics which pre-date the coronavirus pandemic – but Cancer Research UK estimates that cervical screening saves at least 2,000 lives annually in the UK.

And a recent study suggests as many cancers could still be prevented by women being screened every five years instead of every three.

Researchers at King’s College London said that screening women aged 24 to 49 who test negative for human papillomavirus (HPV) at five-year intervals curbed as many cancers as screening every three years.

The study of 1.3 million women in England found that women in this age group were less likely to develop clinically relevant cervical lesions, abnormal changes of the cells that line the cervix known as CIN3+, and cervical cancer three years after a negative HPV screen compared to a negative smear test.

Michelle Mitchell, Cancer Research UK’s chief executive, said: “This builds on findings from years of research showing HPV testing is more accurate at predicting who is at risk of developing cervical cancer compared to the previous way of testing.

“As changes to the screening programmes are made, they will be monitored to help ensure that cervical screening is as effective as possible for all who take part.

“It’s important to remember, screening is for people without symptoms. So, if you notice any unusual changes for you, do not wait for a screening invitation – speak to your doctor.”