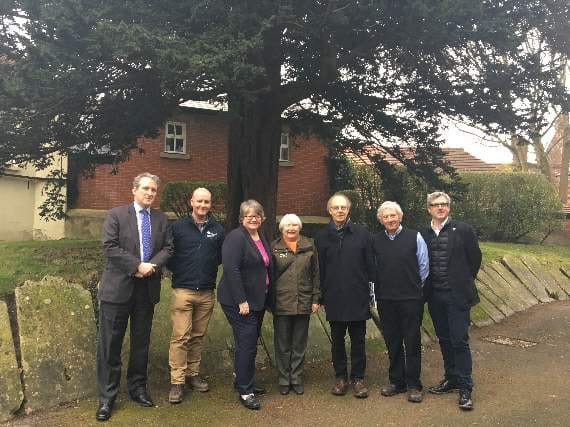 TWO GOVERNMENT ministers met some of the people behind last year’s Petersfield tree survey to discuss policy on the environment.

Parliamentary under Secretary of State for the Environment Therese Coffey was in Petersfield to learn more about the i-Tree survey to see if the model could be used nationally.

She is responsible for implementing environmental policy for the next 25 years, which was unveiled in Parliament the day before her visit last Friday.

The Department for Food, Environment and Rural Affairs minister was accompanied at the meeting in The Square by East Hampshire MP Damian Hinds, the newly appointed Minister for Education.

Shakespeare comedy to be performed in the open air in Chawton

Doctor Coffey, who used to live in Hampshire before being elected MP for the Suffolk Coastal constituency, said: “It’s great to be back in Hampshire for a visit, I’m really enjoying it.

“I met Margaret Paren a couple of months ago and we spoke about the i-Tree survey, which I think is particularly exciting.

“I like that it has led to a decision for more trees in the town; it’s really encouraging to visit a town that is doing this.

“I would like to see more of this survey.

“This style of survey is a really useful tool, and we could take it and use it elsewhere around the country.”

She added that trees also helped stop water run off in towns, and helped reduce air pollution by trapping and using carbon monoxide.

Doctor Coffey said planning guidelines which increase the number of trees planted around new buildings should be considered.

The i-Tree survey was overseen by the Petersfield Society, and the survey report revealed the town has an estimated tree population of 60,570.

The report said that “roughly speaking, there are more than four trees for each person living in the town.”

But it concluded that more trees should be planted.