Less than a quarter of Hampshire teachers are men 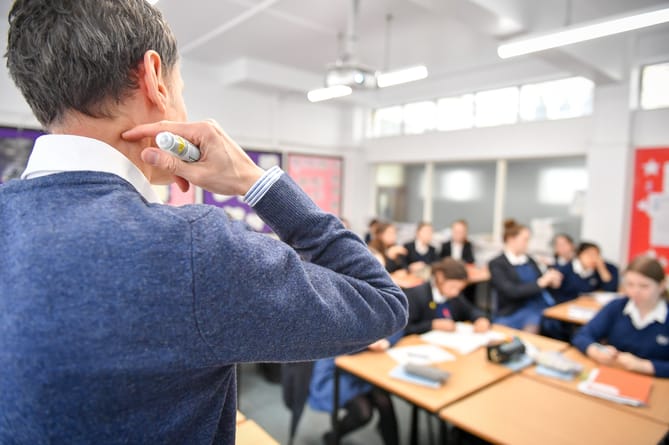 Male teachers make up less than a quarter of the Hampshire school workforce, figures suggest.

The Association of School and College Leaders has called on the Government to reverse the fall in teacher salaries nationally to attract more men and women into the profession.

Department for Education figures show that there were 11,776 teachers in state-funded schools in Hampshire as of November 2021 – with 2,621 of them men.

Across England, just 14% of nursery and primary school teachers, 35% of secondary teachers, and 25% of special school and PRU teachers are men.

Overall, 24.2% of state-funded school teachers are male – the joint-lowest proportion since records began in 2010-11.

However, it varies across the country – one in three teachers are male in Westminster and Islington, while just 19% are in Wokingham.

The Education Policy Institute said pupil outcomes can be helped when teachers better represent their pupils, but the proportion of men in teaching has fallen almost every year of the last decade.

James Zuccollo, director of school workforce at the EPI, said: "While the Covid-19 recession temporarily increased teacher applications, this has had no effect on the gender diversity of the school workforce, which is still dominated by women at every level."

The ASCL said there is a particular issue right now in attracting men into teaching, which is contributing to difficult teacher supply problems.

Geoff Barton, general secretary of the ASCL, said: “The Government must reverse the erosion of teacher pay which it has implemented over the past decade, dial down the excessive accountability regime it applies to schools, and ensure that schools are properly funded.

"This will help to attract both men and women into the profession."

The DfE figures show that despite teaching being a female-dominated industry, men tend to earn more than women.

Mr Barton said it is unfortunately the case that a much higher proportion of men go into leadership positions than women.

He added: "This is at least partly due to the fact that we still live in a society in which women end up taking career breaks and this can affect progression.

"It is essential that we put an end to this gender gap by offering more opportunities for flexible working so that both women and men are assisted to combine careers with families.”

The Department for Education said employers are encouraged to publish a plan setting out the clear actions that they will put in place to reduce their gender pay gap.

A spokeswoman added: "We are also working with schools to address barriers that can prevent women from progressing in the workplace."