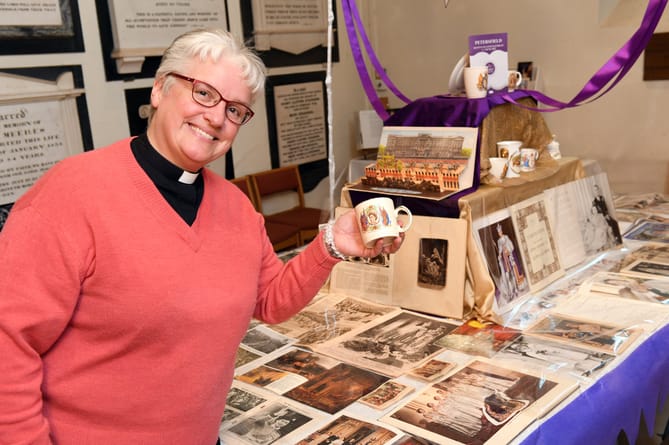 PLATINUM JUBILEE MRW 2/6/2022 Many events were held across East Hampshire on Thursday 2nd June 2022 from Fetes to Festivals, and Picnics to Beacons being lit to celebrate the reign of Her Majesty The Queen for 'The Queen's Platinum Jubilee 2022' Stunning ! - the truly amazing collection of 'Royal' mementoes owned by curate Reverend Alison Waterhouse Picture: Malcolm Wells Professional Photographer

More GPs in Hampshire, Southampton and the Isle of Wight despite national workforce crisis warning

It was put together by curate Rev Alison Waterhouse from a collection began by her mum.

Alison, who was a postwoman before becoming a vicar, said: “We have continued adding to it and people also donate items, which is nice.

“The display is just a fraction of what there is, and it’s lovely to display some of it for people to enjoy.

“The royal family mementos include commemorative crockery, old newspapers and there is Second World War and Titanic memorabilia, and photos among other items.”

One of Alison’s favourite pieces is a commemorative box that opens to reveal Buckingham Palace.