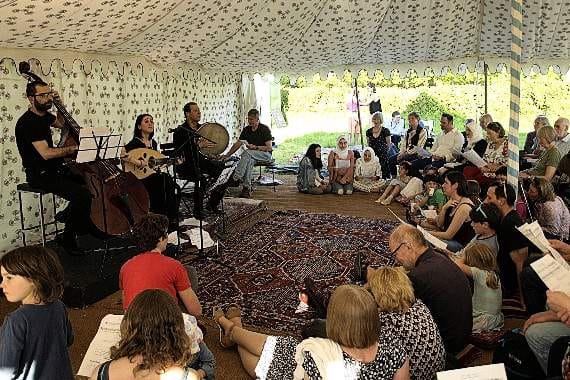 THE RURAL Refugee Network (RRN) took part in the celebration of Syrian music and food culture, which was held in Greatham.

A large gathering of residents and Syrian families now living in the area, with the aid of the RRN, all enjoyed the event.

The Trio Zamaan, led by Rihab Azar on the oud, accompanied by Fajer Alabdallah on the double bass and Jamal Alsakka on the riq, performed a number of classical and traditional pieces which provided an opportunity for the guests to learn Syrian folk songs. Some of the Syrian families joined the musicians in leading the songs and there was a feeling of merriment throughout with a little dancing.