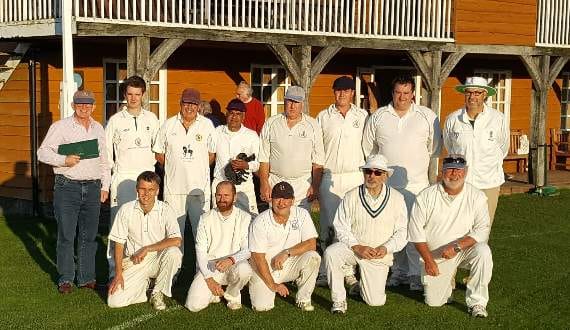 Frensham v Hawkley: HAWKLEY lost the toss and were asked to bat first.

Ed Peel opened the batting and was quick to punish any wayward deliveries and scored rapidly, especially in the off-side. Fellow opener Clive Hopkins lost his middle stump in the third over, however Steve Clark provided solid support and added valuable runs.

After Clark departed for 13 several batsmen visited the crease without adding to the score, however Hawkley skipper Ashley Fooks joined Peel at the crease in a solid partnership which added 45 runs and saw Peel bring up his half-century. Peel fell for 59 before Liam Lloyd joined his captain in a stand of 83 runs, which ended when Fooks was caught for 51.

Nick Hudson hit four boundaries in the last over and Lloyd reached his half-century as Hawkley scored 258-7 off 35 overs.

Hudson and Lloyd then opened the bowling for Hawkley. Helped by astute field setting and good work in the outfield, the bowlers kept a tight control over the scoring while each nipping out a batsman. After 12 overs Frensham were 53-2 and well behind the run rate.

A change of bowling brought further wickets as Sam Cunningham bowled two batsmen in his first two overs. Clark claimed a victim at the other end, as did Magan Singodia, to leave Frensham on the ropes.

Cunningham continued the attack, bowling with pace and venom to finish with fine figures of 5-37. Frensham’s Shine scored 52, but the hosts were bowled out for 175 as Hawkley won by 83 runs.