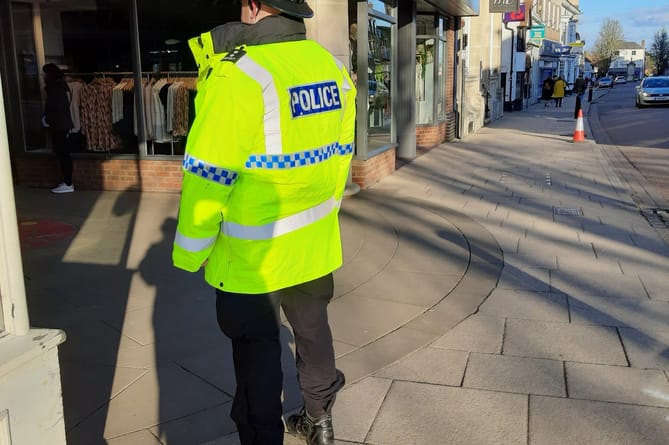 officers from Petersfield Neighbourhood Policing team set up a dispersal order over the weekend to tackle anti-social behaviour in the town centre.

From 6pm on Friday, March 11, to 6pm, on the Sunday, officers were granted powers to move on people contributing to anti-social behaviour.

Adults refusing to go could immediately be arrested or, if aged under 16, taken home and items related to anti-social behaviour seized.

Sergeant Kieren Mansell said: “It was our response to concerns around an increase in anti-social behaviour in the area.”

Only one incident in the town centre was reported to police over the weekend.

At 10.20pm on Saturday an 18-year-old woman was walking along Lavant Street with a friend when around six young males walked past and started shouting abuse.

One of them then assaulted the woman, causing her to fall to the ground.

Police say they will continue to patrol Petersfield town centre after the expiry of the 48-hour window to disperse troublemakers.

Sgt Mansell added: “Anti-social behaviour and associated crime has a negative impact, and our message is clear – it will not be tolerated in Petersfield.

“Officers will continue to patrol it over the coming weeks so it remains a safe place to enjoy.”

The dispersal order was enacted after four men were arrested in The Square at around 11.48pm on Friday, March 4. Two people in their 40s and one in his 20s were treated for serious but non-life threatening injuries.