Ferris and Milnes mash up musicals to thrilling effect 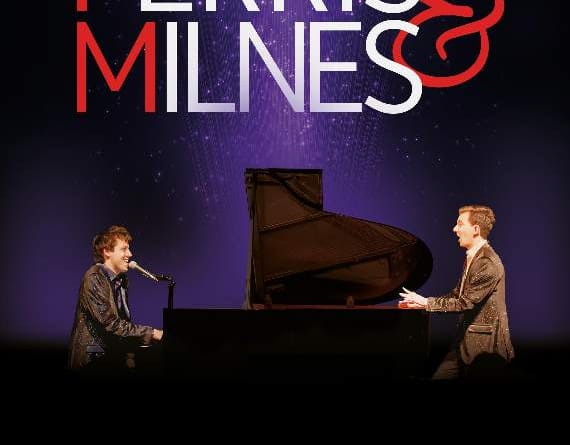 DESCRIBED as the most exciting musical theatre double act to be discovered in years, Dominic Ferris and Martin Milnes will be bringing their talents to Bordon’s Phoenix Theatre tonight (Saturday).

Dominic is a pianist extraordinaire while Martin has ‘two voices’. Together they combine comedy, music and vocals in a dynamic cocktail of explosive Broadway glamour and fun.

Audiences are told to expect the unexpected – as well as the songs they know and love – in an action-packed extravaganza of banteriffic entertainment.

Ferris and Milnes performed their debut solo show – What A Swell Party This Is! – in April 2015. Later that year they performed their original mash-up medley 33 Sondheim Numbers In 5 Minutes at Theatre Royal, Drury Lane in Stephen Sondheim’s 85th Birthday Gala.

Ferris and Milnes have appeared twice at West End LIVE in Trafalgar Square, performing mash-up medleys celebrating all the musicals playing in the West End. Having made their New York debut at the Metropolitan Room in 2016, the following year Ferris and Milnes premiered their George Gershwin mash-up medley at the 28th New York Cabaret Convention.