Real sense of self for Petersfield student on art shortlist 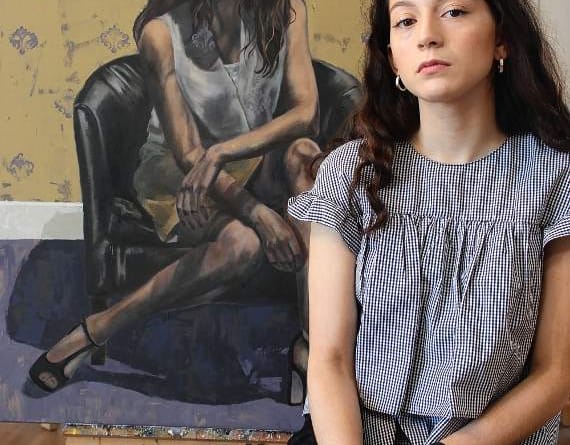 THE ARTWORK of a talented Petersfield student is in line for a top award after beating off competition from 24,000 entries from 66 countries.

Bordon ready for a night at the Proms

Libby Gervais’s ‘Untitled Self’ is now on the 20-strong shortlist for the prestigious 2017 Saatchi Gallery Art Prize for Schools, with the winner to be announced next Tuesday, July 4.

The painting will be exhibited with the other short-listed works at the Saatchi Gallery in London from July 4-13.

The Churcher’s College sixth-former, who will embark on a course at London College of Fashion in September, painted the piece when she was 17 years old.

She said:?“This painting was produced as part of a project at school on the theme of ‘Self’. I wanted the self-portrait to show something of the person I am at this stage in my life. I am very excited about being short-listed and feel it is a great honour.”

Churcher’s head of art Al Saralis said it was testament to Libby’s talent and her “phenomenal” portrait.