Size of annual military show will shock and awe visitors 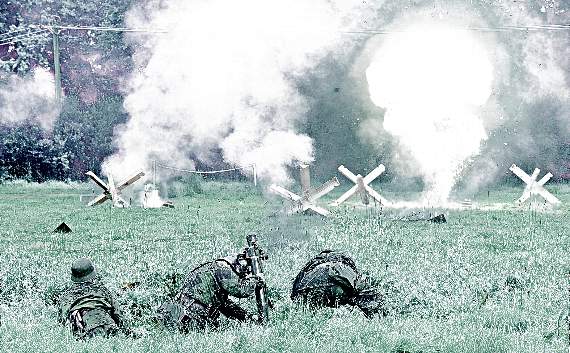 PEOPLE in Denmead are preparing for a friendly invasion as an army of military enthusiasts is preparing to set up camp.

A cavalcade of military vehicles is heading towards Forest Road as the annual Overlord Show will take place this weekend.

The three-day event on The Lawns is one of the biggest of its kind in the UK with mock battles, re-enactors and living history displays all taking place in a central arena.

The show, which opens tomorrow (Saturday), will also feature a huge array of trade stalls and more than 300 vehicles from the First World War to the present day.

More GPs in Hampshire, Southampton and the Isle of Wight despite national workforce crisis warning

Show events will include vehicles in action, a 1940s fashion parade, rescue and recovery demonstrations and a variety of skirmishes.

The First World War will also feature heavily at this year’s display to mark the upcoming centenary of the conflict’s end.

Proceeds from the show organised by the Solent Overlord Military Collectors Club will be split between Hounds for Heroes, Homes for Veterans and The Spirit of Normandy.

There will be no charge for members of the Armed Forces or veterans. Visit www.overlordshow.co.uk for more details about the event.